Why Himalayan Salt Is Pink?

The color pink and health benefits are what make Himalayan pink salt stand out. But there’s a high chance you’re planning on buying it because its color impresses you more.

With its increasing popularity, we all have wondered why Himalayan salt is pink? What made this wonder of nature so unique? Is it due to its origin or did it turn pink later on?

To answer these questions, we’ve summarized all the reasons behind its visual appeal.

Himalayan salt is pink because of the presence of rare minerals in it. According to many experts, there are as many as 84 minerals in Himalayan Pink Salt.

Sodium chloride is the major component of all edible salts including Himalayan pink salt with 98% of the composition. This dominance makes NaCl its chemical formula.

The ions of sodium and chloride co-exist in our bloodstream. Like every healthy bonding ensures a peaceful environment, the bonding of sodium chloride maintains a proper concentration in our cells.

But if there’s so much common among Himalayan pink salt and other salts, then why is it pink?

It’s the remaining 2% portion of essential elements and minerals including trace minerals, that plays a crucial role.

To name a few important macro minerals that make up Himalayan pink salt include calcium, potassium, magnesium, sulfur, and phosphorus. Minerals like magnesium and calcium help in our bone formation.

Our body needs trace minerals in small quantities. Besides other physiological functions, some of these like iron and zinc are necessary for the synthesis of enzymes.

A rare combination of minerals

What do we mean when we say, ‘Rare’? Himalayan pink salt contains almost 84 different minerals and elements in traces. These elements also include heavy metals and radioactive elements.

The occurrence of such minerals and electrolytes along with sodium chloride makes Himalayan pink salt unique. This rare mineral profile is the reason we can find it only in the Khewra mines of Pakistan.

Although the presence of minerals is hard to detect in it, they make it glow pink. Also, more mineral content can be a contributing factor in making its color dark.

Not every salt contains the same set of minerals. The absence of some of these minerals in sea salt and other rock salts also sets Himalayan pink salt apart.

Besides other minerals, it’s iron that steals the show. According to geological studies, pink or red hues are an indicator of the presence of iron.

The percentage composition of iron in Himalayan pink salt is just 0.0004%. Its spectral analysis reveals it contains 38.9 ppm of iron. That’s quite a minute number but sufficient to make it pink.

A million years ago when iron oxide reacted with sodium chloride, it lead to the formation of the pink color of Himalayan salt. Most of us recognize iron oxide (hydrated iron oxide, to be more precise) as ‘rust.’

Yes, you read that right, it’s rust that gives this salt its pink hue. Just like a blusher, rust makes the crystals of Himalayan pink salt blush like none other.

What if it had no iron oxide?

If Himalayan pink salt had no iron oxide, it wouldn’t have been pink. But if not pink, then what color it would’ve been?

The answer is, its deprivation makes it ‘white.’ It’s a fact, white Himalayan salt either has low or no iron oxide at all.

Contrary to that, iron oxide is also responsible for making the colors of Himalayan salt vary. Depending upon the content of iron oxide, Himalayan salt crystals can look yellow, orange, pink, or red.

It’s no more a secret for us. Iron oxide is the driving factor that confers different shades to Himalayan salt.

Himalayan pink salt is a pink residue that formed before human existence. It’s one of the reasons, it’s free of pollution and retains its pink color.

Another major reason Himalayan pink salt is pink is its no refinement. Unlike table salt, it doesn’t get processed or contains anti-caking agents. Nothing gets added to it, like in iodized salt. Nor any of its minerals get removed from it.

Hand miners employ traditional means of mining to extract Himalayan pink salt. They use no heavy machinery to do their task.

The awe-striking pink color of Himalayan pink salt is its distinct feature. Its unusual mineral composition not only makes it a healthy salt but also makes it pink.

Also, its iron content, location, and purity give it a rosy tint. This color is what has been a motivation behind its ever-increasing consumption. 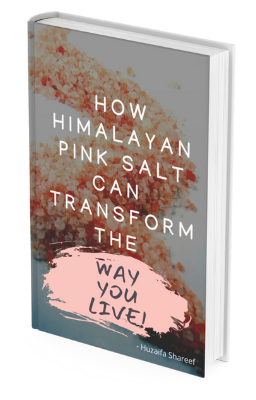 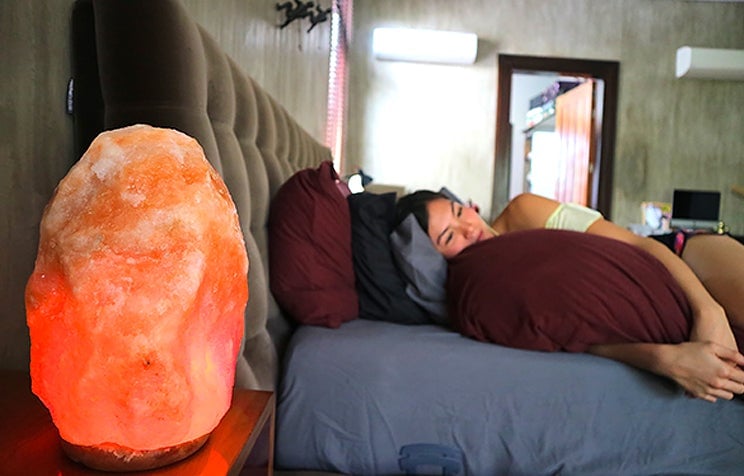